Baba Ka Dhaba: Kanta Prasad, owner of the Baba Ka Dhaba, has been hospitalised and is currently admitted to the ICU at Safdarjung Hospital. According to the police, he may have tried to commit suicide, journalist Kumar Kunal reported.

The Police received a call that man had been admitted to the hospital after attempting suicide. The Police had subsequently identified the man as Kanta Prasad. He attempted tgo kill himself by overdosing on sleeping pills but is now reported to be safe and undergoing treatment.

Earlier, he had shut down his restaurant and was now back to running his food stall. When OpIndia got in touch with Kanta Prasad, he confirmed that he still had a significant sum of money raised by the public intact with him. He said that he was able to get over his over financial woes due to the help and support he received from the people of Delhi.

“My financial condition is still very stable. The money I received from the public is safe with me. More than my children, I am aware that the donation I got would safeguard my future. I have kept it safely,” remarked Kanta Prasad.

Baba Ka Dhaba gained internet popularity last year after a food vlogger Gaurav Wasan posted a video where he was seen crying over financial woes amid lockdown that was imposed to curb Chinese coronavirus. After his video went viral, support and love poured in from all over Delhi and people flocked his little ‘dhaba’ where he served ‘matar paneer’ and rotis. 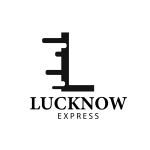 July 6, 2021
Audacity of criminals: The miscreants ran and beat the police; The companion was rescued